Study says Fish Oil is Great, The Next Says It’s Useless, How to Know Who to Believe? 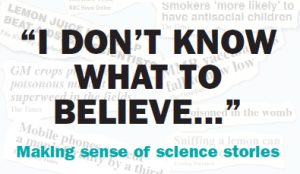 In this article I’m going to explain to you why that is. Unfortunately what I’m about to explain is something the vast majority of health professionals do not learn. Myself included upon graduation.  It is extremely important and just not taught well enough.

Let’s start with an analogy. Let’s say you owned a small apple orchard. For years your orchard was doing great producing wonderful apples year after year. Then one year the trees just didn’t look healthy; the apples were very small, branches were dropping, and the leaves were wilting.

You call in some experts to get their advice and do a study on your orchard. They decide it’s been a bit of a dry year and it’d be a good idea to water the orchard on a regular basis. For weeks the orchard is watered on a regular basis and unfortunately the trees do not improve. In fact they continue to get worse.

What you and the researchers failed to realize is the neighbor with an auto body shop has been dumping old oil behind their buildings on the ground. This oil has slowly been leaking into the soil, poisoning your trees, and causing the wilting.
Regardless, the researchers determine that because the trees did not improve with regular watering, giving apple trees water does not improve wilting leaves; therefore watering apple trees is scientifically invalid and anyone recommending it is a quack.

Well that doesn’t makes sense you think to yourself. You know trees need water. Water is a required nutrient trees need to survive. So you question the researchers. Now they get irritated. “Don’t you see the study? We have the degrees and our conclusions are final.”

This same flawed methodology is often used when it comes to supplements like fish oil. You will have a group of people previously diagnosed with a condition like heart disease. Many of the people have a poor diet, smoke (poisoning themselves like oil did the apple trees), do not exercise, and develop heart disease. They are then given fish oil for a few weeks or months and because the heart disease doesn’t go away, fish oil is concluded to be useless.

Just like water is an essential nutrient apple trees need to survive,Omega 3 fats (fish oil) are an essential nutrient people need to survive. Essential means it’s essential for life and your body can’t produce it, so you have to get the nutrient through diet.  If we are not getting the full amount required, we are not as healthy as we could be. Period.  Omega 3 fat deficiency can lead to numerous symptoms and diseases.

An often quoted paper regarding the lack of benefit of omega 3 fats from fish oil is the 2012 review published in the Journal of the American Medical Association. (Rizos, E. et al. Association Between Omega-3 Fatty Acid Supplementation Risk and Risk of Major Cardiovascular Disease Events. JAMA. 2012;308(10):1024-1033).

This is not how one determines whether or not omega 3 fish oil has a health benefit or, for that matter, even a heart health benefit. The fact is that omega 3 fish oil is essential for the function of heart cells and every other cell in your body.
These individuals got heart disease because of eating unhealthy foods, being sedentary, and being under chronic emotional stress; how could it be scientifically valid to suggest that if supplementation with omega 3 fish oil doesn’t slow disease progression or prevent death in these individuals that it has no benefit? It couldn’t, and to suggest that it could is scientifically and logically absurd.
What is even more interesting if you read this paper is that they actually discuss the fact that in the pre-cholesterol drug era, data from the DARTI and the GISSI trials showed the beneficial effects of omega 3 fish oil were actually very powerful, even for those with a diagnosed disease. In later trials, every patient was on statin drugs (cholesterol lowering, usually also antihypertensive and antithrombotic drugs), and the effects of omega 3 fish oil for secondary prevention diminished.
Instead of assuming the benefits of omega 3 magically diminished, they might ask themselves if the addition of these drugs might be blocking or masking these benefits. Regardless, the entire premise of determining the benefit of supplementation of an essential nutrient based on whether or not it can cure a diagnosed disease like heart disease is absurd.

However, the truth is even if the conclusion was reversed, it would not mean that supplementation with omega 3 fish oil was unnecessary. These people could have died from heart disease or other deaths caused by factors unrelated to omega 3 fish oil. The take home point: if a nutrient is essential, it is a requirement for health. And if you are not getting enough you are sick. No ifs, ands, buts, or maybes.

The second important point from this paper is that they recognized the importance of DPA fish oil, not just EPA and DHA fish oil.  “DHA seemed most strongly related to CHD death (40% lower risk), especially arrhythmic CHD death (45% lower risk) whereas DPA was most strongly related to stroke death (47% lower risk).” The beneficial effects of consuming fish are not just from the EPA and DHA components, the benefits of consuming healthy fish or healthy wild game meats are derived from the FULL COMPLEMENT of fish oil contained in the whole foods.
This is extremely important for ALL supplements. God or Mother Nature has never been wrong. The form any nutrient exists in nature is perfect. We have NEVER improved nature’s nutrients.
This is why I only take an un-concentrated, natural ratio, natural triglyceride form fish oil. We don’t concentrate the amount of EPA or DHA because this was never how healthy humans consumed these essential nutrients. We keep the exact form that exists in nature.
Offering concentrated amounts of isolated fish oil like EPA or DHA and making claims of superiority is not only fraudulent, but also ineffective and potentially harmful. The cells in your brain and body require these fish oil as they are found in foods, not how they are developed in a chemical lab.
The same logic applies to keeping the fish oil in the natural triglyceride form. Many fish oils are chemically converted into ethyl esters as part of the concentration process. You can read more about the dangers of ethyl esters here.
The third important factor found by Mozaffarian and colleagues is there is a threshold of sufficiency that must be reached to see benefit.
In other words, you have to the right amount to see the most benefit. This brings up another flaw often seen in studies. People are given a tiny dose of a particular nutrient and when drastic improvements aren’t seen, the conclusion is made that supplementation has no benefit. Again, back to the apple trees. If you give trees a tiny bit of water they will not be as healthy as they could be. It doesn’t mean water is useless. They just aren’t getting enough.
On the flip side, giving the apple tree more water than needed is also not useful. The same goes with supplements. It’s common to market extra strength, or mega dose, etc., but your body can only use so much. Taking more than you require doesn’t make you healthier. It just makes expensive pee or possibly causes harm.
Let’s go back to the apple orchard one last time. Let’s say the apple trees aren’t getting enough water and you decide to water them. You are given two options. You can give them clean, pure, filtered water. However, this water is a bit more expensive. The other option is giving them rancid or poisoned water for a fraction of the cost. You’ll save a lot of money up front, but you’ll damage your trees. Which do you choose? It’s an easy choice right?
The same goes for fish oil. When you buy the cheap stuff at Walgreens or Walmart (you know the stuff that has the nasty fish burps), you are literally paying for spoiled or rancid fish oil. This fish oil actually promotes inflammation and causes you harm. You are paying to reduce your health! Just like toilet paper, it’s very much worth it to pay a little extra to get the good stuff.
Supplementing with an essential nutrient is important because it solves nutrient deficiency. Yes there may be symptoms and illness associated with deficiency, but these symptoms and illnesses are not the reason for, or the outcome goal of, supplementation.
Supplementation is aimed at sufficiency because if you are not getting a sufficient amount of nutrients, you cannot be as healthy. Further, it is possible, in fact probable, that symptoms and illness are being caused by several factors, so to evaluate the effectiveness of supplementation by the ability to treat symptoms or disease is unscientific.
How can fish oil help me lose weight?
Essential nutrients are nutrients your body needs to survive and the only way to get them is by eating. If our body is deficient in nutrients, we become hungry. The common scenario is we eat a meal void of good nutrition. We are full for a while and then hungry again. Our body is craving good nutrition. We become overfed and undernourished, fat and starving at the same time.

When you add good nutrition to your diet, those insane hunger cravings start to subside. Your body is getting the nutrients needed to build the cells that make you. Empty calories are exactly what it sounds like: a bunch of calories empty of good nutrition.

Based on all the quality research available the vast majority of supplements available are not needed. However there are 3 with overwhelming evidence showing the benefit of supplementation. The big 3 my family and I never miss are Fish Oil, Probiotics, and Vit D.